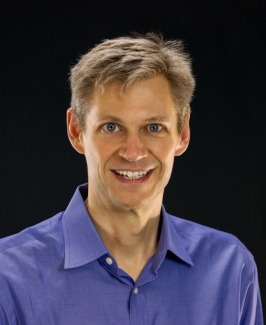 JILA fellow Konrad Lehnert has been elected as an American Association for the Advancement of Science (AAAS) Fellow by the Council of the AAAS. 489 members have earned this lifetime distinction in 2020; of which 33 are physicists. Lehnert is the 6th JILA fellow to become an AAAS fellow; he joins Eric Cornell, Henry Kapteyn, Carl Lineberger, Margaret Murnane, and Markus Raschke with this distinction.

AAAS has been electing fellows since 1874, and as a result thousands of prominent scientists have been recognized. An AAAS Fellows are determined first by their nomination by three existing Fellows, the steering group of an AAAS section, or the organization’s CEO. After which nominees are reviewed and voted on by the AAAS Council.

“I think of the fellowship as recognizing of the accomplishments of the more than 40 students, post-docs and visiting scientists who have come from around the world to advance science by studying and working with me at the University of Colorado.” Says Lehnert after hearing of his becoming an AAAS fellow.

Lehnert was elected by the AAAS council “for his pioneering contributions to quantum science, particularly quantum control and measurement of mechanical oscillators, and sub-quantum limited measurement with applications to dark matter searches.”

Lehnert has been a joint fellow of JILA and NIST since 2003. Previous awards include the Kavli Fellow in 2010 and 2011, Fellow of the American Physical Society in 2013, the Governor’s award for high impact research (with Cindy Regal) in 2016, the Silver Medal from the Department of Commerce (with Jon Teufel, Ray Simmonds, and Joe Aumentado) in 2019, and the Vannevar Bush Faculty Fellowship in 2020.