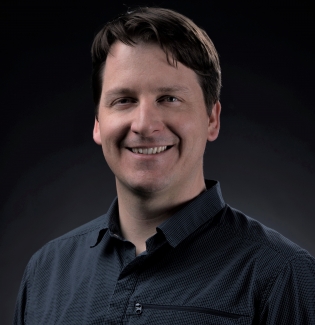 “It's hard to imagine my career without JILA,” explained Mike Martin, staff scientist at Los Alamos National Laboratory. Martin first arrived at CU in 2006, as a graduate student. “I began working with [JILA and NIST Fellow] Jun Ye in 2007,” he said. “My work was in frequency metrology for precision measurement and timekeeping.” During Martin's stint at JILA, he explained that he helped work on the early development of the frequency comb. As time continued, his work expanded to include studying the strontium lattice clock. “At the time there was only one strontium apparatus in Jun’s lab,” he said. “And around 10 people or so were all studying it.” This allowed him to collaborate with many other colleagues on the science behind the clock.

During his time at JILA, Martin learned important techniques that he continues to utilize in his job. Once Ana Maria Rey came to Boulder as a NIST and JILA Fellow, Martin found his research expanded even more as the Rey and Ye groups collaborated to study the quantum dynamics and many-body problems of optical lattice clocks. “The collaboration was very impactful for me,” Martin added. “I also enjoyed the quality of mentorship within the JILA community, as I found I had a chain of mentors, not just my PI. I think that's one of the things that makes JILA special: their awareness and dedication to training young scientists.” From this community, Martin found support for his scientific interests in quantum science. When he graduated from JILA and became a postdoctoral researcher at the California Institute of Technology, he continued to utilize the skills he learned from his mentors and peers at JILA.

In 2015, Martin joined Sandia National Laboratories as a Harry S. Truman Fellow, then Senior Member of the Technical Staff. Three years later, he moved to Los Alamos National Laboratory, where he currently works as a staff scientist. “It's a broad role,” Martin said about his job, “I lead cutting-edge research in neutral atom quantum information science.” Working in the field of quantum science allows him to use many of the techniques he learned at JILA. In discussing his position, Martin emphasized how beneficial it was for him to work at a national laboratory. “The Lab supports an array of science, with great depth and breadth of expertise within one organization. Its worldwide reputation helps to establish collaborations,” he added.

The National Labs may not be the first thought for many graduating physics students, and Martin thinks he knows one reason why. “I wasn’t aware of the type of research career one can have at a National Lab. During my Ph.D., I felt that there were two distinct paths: fundamental research, located mainly in the university setting, and applied science and engineering, which seemed to be mainly driven by industry. However, I found working at a national lab allows me to do a bit of both. The same could be said for my work at JILA,” he said. While Los Alamos National Laboratory is a large institution, with thousands of employees, Martin highlighted that it was easy to choose your own path. “You can easily move within a national lab, from engineering-style projects to more fundamental research-focused projects. It's a great place to continue to reinvent yourself over the course of a career, all within the same institution.”

Like JILA, Los Alamos National Laboratory contains a high volume of PhDs, which is important to a scientist like Martin. “Both JILA and Los Alamos have such a high depth of knowledge,” he added. “This allows us to tackle scientific challenges you wouldn't tackle anywhere else.”