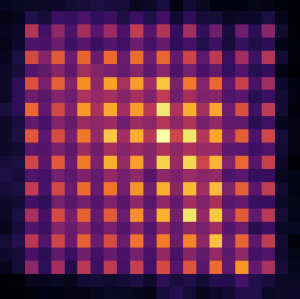 We are studying a quantum system of bosonic 87Rb atoms in optical tweezers assembled particle-by-particle.  We have shown optical tweezers can be used to confine atoms sufficiently to place them in their motional ground state via Raman sideband laser cooling.  With this ability, we make bosonic atoms indistinguishable in all but their positional degree of freedom, and we can interfer two atoms to see the analog of the Hong-Ou-Mandel effect with atoms.  Further, this capability has implications for neutral-atom control in a variety of optical tweezer experiments, such as those utilizing Rydberg blockade.  With full access to local observables, we have done some of the first work verifying spin entanglement of individual ground-state neutral atoms, and we have studied analogs to interference and entanglement with single photons using non-interacting bosonic atoms.  We have been fortunate to study our systems in collaboration with the theory group of Ana Maria Rey (JILA).