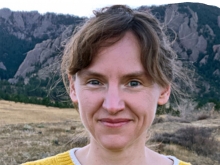 Regal is the first recipient for JILA's new endowed chair in optics and photonics.

A new national quantum research center draws on JILA Fellows' and their expertise to make the United States an international leader in quantum technology. 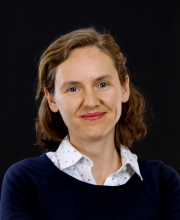 JILA Fellow Cindy Regal has been selected as the 2020 recipient of Research Corporation for Science Advancement’s Cottrell Frontiers in Research Excellence and Discovery (FRED) Award. The $250,000 FRED Award recognizes and rewards innovative research that could transform an area of science. 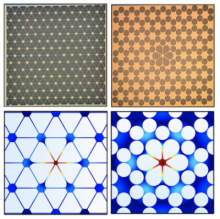 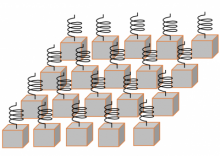 We are organizing an upcoming workshop on optomechanical architectures for new physics searches through force signatures on scalable arrays of mechanical resonators.  The workshop is sponsored by an APS Moore Foundation Fundamental Physics convening award and co-sponsored by the JILA NSF Physics Frontier Center and JQI. 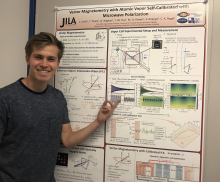 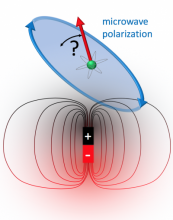 Microwaves report on the direction of a magnetic field!  Our work on self-calibrated atomic vector magnetometry has been published in Phys. Rev. Lett.  We show that a microwave polarization ellipse can be mapped with atomic transitions, and can serve as a useful three-dimensional reference.  Our next step is to translate this idea to atomic vapor cells to make an atomic vector magnetometer that can calibrate itself at any time. 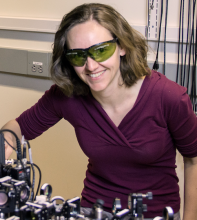 Cindy Regal was elected a 2016 APS Fellow "For observation of quantum radiation pressure noise on a macroscopic object, and establishing quantum control over individual neutral atoms." 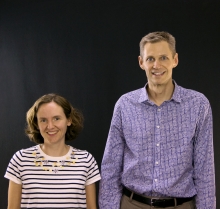 Fellows Cindy Regal and Konrad Lehnert have won the 2016 Governor’s Award for High-Impact Research in Foundational Science and Technology, CO-LABS announced today. JILA Chair Dana Anderson submitted the nomination of their joint research on building, studying, and using devices that exploit the strange and powerful properties of quantum mechanics. The nomination was entitled, The JILA Quantum Machine Team: Extending Mastery of Quantum Mechanics from Microscopic Particles to Human-Made Machines. 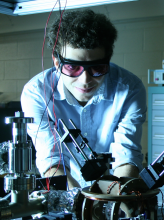 Adam Kaufman has been awarded the 2016 DAMOP Thesis Prize for his outstanding thesis research on assembling neutral atoms in optical tweezers, work conducted in the Regal group at JILA. As part of this  work, Kaufman and his coworkers developed an experiment that allowed the team to use laser cooling to assemble arrays of ground-state neutral atoms in optical tweezers.

Graduate student Adam Kaufman received one of the poster prizes awarded at this year's International Conference on Atomic Physics in Washington DC.  His poster was entitled:  "Atomic Hong-Ou-Mandel effect in tunnel-coupled optical tweezers".

We have developed a method for imaging single neutral atoms during continuous Raman sideband cooling.  See our recent work in PRA.

Our work in collaboration with the Garrett Cole and the Aspelmeyer group in Vienna has been published in APL.  We have demonstrated single-crystal high-stress membranes with a mechanical Q similar to SiN membranes. 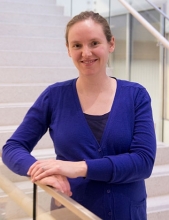 Cindy Regal has been selected to receive a 2014 Cottrell Scholars Award from the Research Corporation for Science and Advancement. The Cottrell Scholar Awards are given to early career faculty members who excel at both research and teaching. The awards target scholarship designed to improve undergraduate science education at research universities in the United States.

A phononic shield for vibrating membranes 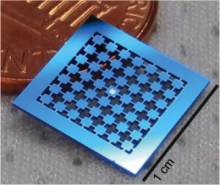 Recent APL article by our optomechanics group in collaboration with Kat Cicak and Ray Simmonds at NIST.  The little white square in the center is a silicon nitride membrane.  It is embedded in a silicon periodic structure or phononic crystal. 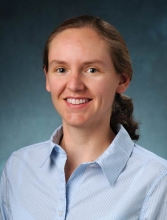 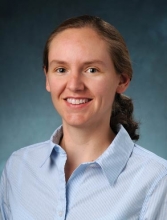 Associate JILA Fellow Cindy Regal has been awarded a prestigious David and Lucille Packard Fellowship for Science and Engineering. Regal, who is also assistant professor of physics at the University of Colorado, will receive $875,000 over five years to support her work in experimental atomic physics. She is currently developing laser-based  techniques for controlling single neutral atoms and exploring the creation of tiny quantum gases whose atoms can be individually manipulated.

Cindy Regal has been awarded the University of Colorado’s (CU's) first-ever Clare Boothe Luce Professorship Award. The $645,000 award is designed to “encourage women to enter, study, graduate, and teach in science, mathematics, and engineering.” The professorship award will fund Regal’s teaching and research for the next five years.