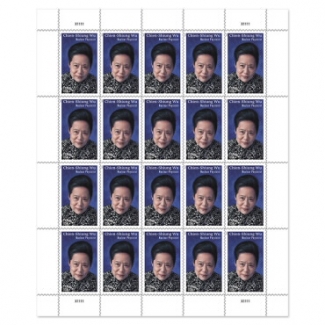 The US Postal Service is about to issue a stamp commemorating Chieng-Shiung Wu, a female Chinese-American physicist. Wu discovered parity violation while as a Columbia University professor working at an NBS (now NIST) facility.  Wu also worked on the Manhattan project in the 1940s. She won the National Academy of Sciences Cyrus B. Comstock Award in Physics in 1964, the National Medal of Science in 1975, and the Wolf Prize in Physics in 1978. In order to honor Wu’s work, the USPS will hold a virtual dedication ceremony on February 11th.