The Passing of John Irvin Castor 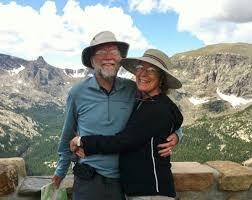 John Irvin Castor of Livermore, California passed away suddenly of a suspected aneurysm on Jan. 19, 2021 at the age of 78. Castor was born in Fresno in 1943, the youngest child of Lyle Castor and Virginia (Bragg) Castor. By his sophomore year at Clovis High School, he enrolled at Fresno State, and at the age of 18, he graduated with a double major in math and physics. He was given an honorary high school diploma. He began graduate school in astronomy and astrophysics at CalTech at age 18. During his CalTech years he joined the Sierra Peaks Section of the Sierra Club, and one by one conquered the peaks of the range. This included a night ascent of Mount Whitney aimed to summit before the sun rose. He earned his Ph.D. at age 22.

He began his professional life in Boulder at the Joint Institute for Laboratory Astrophysics (JILA) and the University of Colorado. It was there he met Melissa. In 1977, they were married on top of Flagstaff Mountain. The family moved to Livermore in 1981, where he began a position at Lawrence Livermore National Laboratory. He spent the remainder of his career at the Lab, making seminal contributions to the field of radiation hydrodynamics. In 2004, John wrote the book Radiation Hydrodynamics for Cambridge University Press, building on a series of lectures he had given in Oslo, Norway. He retired from the Lab as a distinguished member of the Technical Staff in 2017, following a symposium celebrating his scientific achievements.

He is survived by his wife of 43 years, Melissa Reading; daughter Emily Warren and son-in-law Frankie Warren; sister Judy Butts and brother-in-law Alan Butts, and many loving nieces, nephews, cousins and close family friends. He was preceded in death by brother Paul Castor and son Ethan Castor.

Given the constraints of the coronavirus pandemic, a virtual memorial service will be held to celebrate John’s life in the coming weeks. If you are interested in attending, the family requests that you register to be notified of the arrangements.