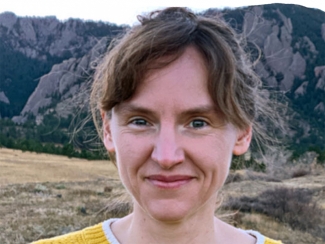 Regal is a well-renowned and recognized physicist. Her pioneering research has been highly-cited, and earned a CO-Labs Governor's Award for high-impact research in 2016. Among her other achievements, she won a Packard Fellowship in 2011, was named an APS Fellow in 2017, and received a 2020 FRED Award from the Research Corporation for Science Advancement.

Her group at JILA pursues a wide range of research in optics and photonics, particularly employing lasers to control and probe quantum objects. For example, she uses lasers to cool mechanical vibrations to their quantum ground state and measure forces at quantum limits. Her group is also exploring quantum processing using optical tweezers that hold and control individual neutral rubidium-87 atoms. The Regal Lab collaborates with the Lehnert Lab to study transduction between microwave and optical signals—work that is important for future quantum-based communications.

“I have been fortunate to be part of the vibrant JILA and Colorado scientific community, and I am grateful to the Baurs and SPIE for this incredibly opportunity to advance my group’s latest ideas and research at JILA,” said Dr. Regal.

The Baur-SPIE Endowed Chair in Optics and Photonics was founded in 2020. It is funded by a gift of $1.5 million from private donors Tom and Jeanne Baur of Meadowlark Optics, and a $500,000 matching gift from SPIE, the international society for optics and photonics. In addition, CU Boulder is contributing $500,000. The chair is designed for early-to-mid-career researchers affiliated with groups historically under-represented at CU Boulder, as well as academics who have an established interest in teaching and mentoring.