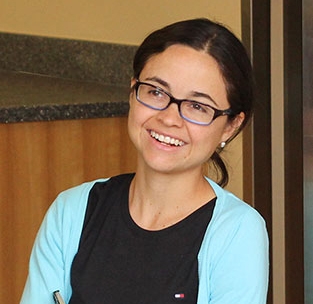 JILA and NIST Fellow Ana Maria Rey is to be inducted into the Colombian Academy of Exact, Physical and Natural Sciences (Academia Colombiana de Ciencias Exactas, Fisicas y Naturales). Rey, is a Colombian-American physicist at the University of Colorado, Boulder who "studies the scientific interface between atomic, molecular and optical physics, condensed matter physics and quantum information science." As an outstanding scientist, among her many scientific accolades, she has been awarded a 2013 MacArthur Fellowship and a 2013 Presidential Early Career Award. Rey earned her B.S. at the Universidad de Los Andes in Bogotá Colombia and her Ph.D. in Physics at the University of Maryland. Her research has been featured in a recent documentary.

You can watch her induction ceremony, beginning at 3 pm MST at this link.