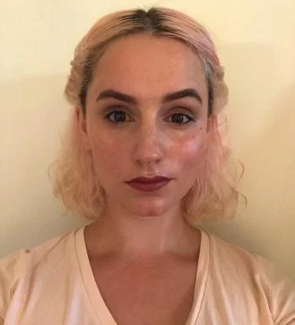 Many researchers at JILA feel honored to work with several big-name scientists within a specialized field of physics. One of these is graduate student Hannalore Gerling-Dunsmore, who is mentored by JILA Fellow Mitch Begelman and Fellow Adjoint Phil Armitage. Studying with these two well-known physicists, Gerling-Dunsmore's work focuses on accretion disk survival, or the conditions needed for the accretion disks of the supermassive black holes at the centers of galaxies to survive gravitational instability. Her research, along with the support of her advisors, has helped award Gerling-Dunsmore with a prestigious pre-doctoral fellowship at the Center for Computational Astrophysics (CCA). This fellowship is sponsored by the Simons Foundation in New York City. According to Gerling-Dunsmore, the Simons foundation funds: "science that is especially computational in nature and often does not get a lot of funding from the U.S. government." This funding allows researchers like Gerling-Dunsmore to further explore their interests while learning new research skills.

In order to complete this fellowship, Gerling-Dunsmore will spend five months researching at the CCA in New York City. During that time, she will focus on a project that she proposed in her application. The project, which focuses on the growth of black holes at the centers of proto-galaxies, cannot be a continuation of her current research but must be something different. "It's related," Gerling Dunsmore said of her fellowship project, "but it's definitely distinct enough to be its own thing. That's part of what is so exciting about it, is it's an opportunity to focus really intensely for a decent amount of time in order to expand your breath and skills as a scientist." In the five months of the fellowship, Gerling- Dunsmore will be working with other big-name astrophysicists, including Yan-Fei Jiang, Rachel Somerville, and Ulrich Steinwandel. "The goal of the fellowship is to, by the end, either have the project done, or have the project done to the point where it's really easy to finish it up remotely," Gerling-Dunsmore added.

To research the black hole growth, Gerling-Dunsmore will collaborate with a CCA group called SMAUG. Named after the famous Tolkien dragon from the Hobbit, SMAUG's work simulates galaxy evolution by resolving different length scales. According to Gerling-Dunsmore, stars form at different rates, which need to be resolved to learn more about galaxy evolution. This is where SMAUG's technology comes in. Gerling-Dunsmore hopes to use this technology to simulate black hole growth. She, and fellow researchers, plan to use a "zoom-in simulation," where each researcher picks a ring of conditions around the black hole, from the outer reaches of the galaxy down to the region around the black hole itself. Measuring the inner part of the ring, the researchers pass on their findings to each other to use as they slowly move closer and closer to the black hole. As Gerling-Dunsmore explained: "It's kind of like nesting dolls, where someone does the outermost doll on the galactic scale. And then, they measure the inner boundary, on the inside of their doll, and pass off the conditions that they found in their simulations to the person who is doing the next doll." This process continues until the edge of the black hole is reached, which is where Gerling-Dunsmore will be focusing.

While this research will no doubt be challenging Gerling-Dunsmore is confident that the skills she's gleaned at JILA will help make the research more efficient. "Through my research, using open-source software called ATHENA and ATHENA++, I've gotten familiar with the code and a lot of coding techniques that are used in these sorts of simulations," explained Gerling-Dunsmore. "This means I've developed a lot of data analysis diagnostic scripts that will be useful in the upcoming project for the fellowship. I've also learned more about data management. Through my work with my advisors, I've been able to get a bigger picture view of what's going on in accretion physics and where it intersects with other subfields." Gerling-Dunsmore is grateful for her advisors, as well as the institute of JILA as a whole. "JILA has this pretty broad array of scientists," she said, "that work together very closely, both in terms of the science but also the convenience of all being in one building. That's something I've been appreciative of."