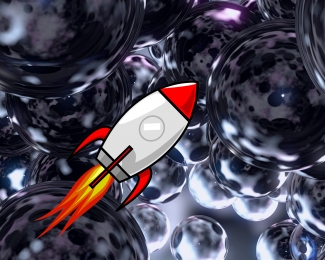 JILA’s favorite degenerate, the Bose-Einstein Condensate, is headed on a new adventure this week.

The BEC is going to space.

BECs became a staple for measuring quantum phenomenon when they were experimentally realized in 1995 by JILA Fellows Eric Cornell and Carl Wieman, and by Wolfgang Ketterle at MIT.

To create BECs in space, NASA’s Jet Propulsion Laboratory is launching CAL, a remotely operated Cold Atom Laboratory. At the heart of CAL is a vacuum chamber ("about the size of a stick of butter," says Science) and atom chip built by JILA Fellow Dana Anderson's company, ColdQuanta. This chip helps cool and trap the atoms.

Some of the BEC experiments in CAL will be run by Prof. Peter Engels and graduate student Maren Mossman, both from Washington State University, in collaboration with JILA Fellow Eric Cornell and JILA Senior Research Associate Jose D’Incao. But the microgravity laboratory will be open to other researchers, including Nathan Lundblad from the University of California Berkeley, and Cass Sackett from the University of Virginia.

A common tie of all Earth experiments is working around the forceful pull of gravity. In a BEC experiment, this workaround results in tight confinement for the BEC’s benefit: without the confinement, the BEC would fall towards the Earth.

But in a microgravity environment, like the one available on the International Space Station, the pull of gravity is lessened. This will allow researchers to free the condensate from typical confinement. Like most free-range counterparts, the BECs are expected to live longer out of confinement: the BECs on board the ISS are expected to be stable for up to 10 seconds, which is much longer than the fraction of a second of the Earth-confined BECs.

According to the CAL website, the laboratory will launch “aboard an Orbital ATK Cygnus spacecraft, atop an Antares rocket, from NASA’s Wallops Flight Facility in Virginia.”

The launch, originally schedule for 20 May 2018, was delayed until Monday, 21 May 2018, due to weather concerns. As 18 May 2018, there is an 80 percent probability for acceptable weather for launch on Monday.

The launch can be streamed live at SPACE TV with sleepy eyes – the launch is scheduled for 4:39am EDT, which is 2:39am in Boulder, CO.