Sharing the Adventure of Science 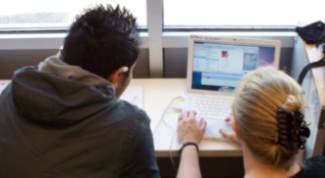 Photograph of two students at laptop.

Graduate students or research associates at JILA have the option of signing up to help teach after-school science classes to elementary and middle school students in the St. Vrain School District. The volunteers expect to stimulate the children to learn to think critically, enjoy science activities, and become confident in their own abilities to master difficult concepts. What they may not anticipate at first is that they will learn some important skills themselves, including the ability to communicate scientific concepts in everyday language and, with that new ability, gain a better understanding of education.

The program that brings young scientists from JILA together with the St. Vrain students is called Partnerships for Informal Science Education in the Community (PISEC). The after-school science program is part of the JILA NSF Physics Frontier Center (PFC). It’s the brainchild of the PFC’s Outreach & PISEC Program Director Dr. Laurel Mayhew, who is collaborating with CU’s Physics Education Research group on developing the program.

In 2009, Mayhew and Noah Finkelstein, a CU physics professor, used the Communication in Everyday Language Assessment to evaluate improvement in the ability of PISEC instructors to communicate science concepts in everyday language. The assessment included two videotaped sessions of each of nine instructors, the first before the instructors had any teaching experience with children and the second after a semester of regular science lessons. In both the pre and post videotaped presentations, the participants were told to imagine they were teaching a lesson to a group of children 11–14 years old.

In the first set of videotapes, most study participants stood in one place, used few gestures, failed to connect the concepts they were explaining to children’s lives, and used complex scientific terms to describe the concepts of motion, speed, and velocity. However, the ability of most participants to explain motion-related concepts improved significantly by the end of the semester.

The participants who taught the most classes showed the greatest improvement on the assessment. One participant, who performed much better the second time, had helped teach 6 hour-long classes of 15 fourth graders.  At the end of the semester, he effectively used the example of an exciting snowball fight to teach the concept of velocity. In contrast, two participants whose scores a declined in the post assessment had acquired no new teaching experience during the semester.

Mayhew and Finkelstein are currently working on improving and validating their Communication in Everyday Language Assessment. - Julie Phillips