The First Life After JILA Interview with Jason Ensher 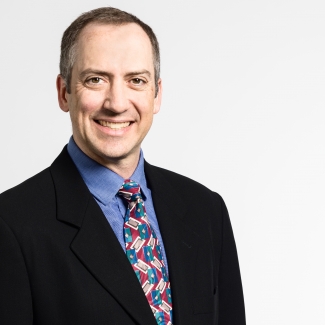 This is our first article in the “Life After JILA” series, where we highlight the journeys of JILA alumni, and illustrate the impact that JILA has had on their careers. This article’s focus is on Jason Ensher, EVP and CTO at Insight Photonic Solutions. Like many of us, Ensher’s career path has been affected by the environment of industry, the economy as a whole, and new opportunities within different fields of physics. In getting to the position that he is in today, Ensher is grateful for the skills he learned and experiences he had at JILA. According to Ensher: “the people you work with at JILA, they’re your first professional network.”

Ensher started at JILA the summer before his graduate studies began. “I had a really good first impression of JILA, because I interviewed with Eric Cornell and Carl Wieman on my visit to the University.” Ensher joined Cornell’s team and contributed to the discovery of BEC of Rb87. Ensher learned many skills under both Cornell and Wieman, skills which he still uses today. Speaking of his old supervisor, Ensher remarked that Cornell “was very supportive and encouraging in both intangible and structured ways. I always felt smarter after talking with him, and more motivated to get smarter and become more skilled.” The value of a good supervisor was not wasted on Ensher’s learning.

After graduating from JILA, Ensher moved on to a postdoctoral fellowship at the University of Connecticut, studying cold molecule production and properties of ultracold Rydberg atoms. During his work at UConn Ensher thought quite a bit about the difference in career paths between academia and industry. “Statistically speaking, unless the numbers have changed, I think there are a lot more of us studying physics than there are positions as full-time faculty.” Further, Ensher also began looking for good problems to work on that would also have a broader, positive impact on the world. Taken together, Jason felt motivated to pursue a career in industry.

Ensher’s first stop in industry was actually to return to Boulder. In 2000, at the height of the telecom boom, Jason joined a small Test & Measurement company for fiber-optic components, ILX Lightwave. Just a year later, due to layoff, he moved to a small start-up company, Precision Photonics, then to working at Ball Aerospace. From Ball Aerospace, he chose to return to a small, high-tech company, InPhase Technologies, which was developing holographic data storage. His journey has most recently brought him to his current position at Insight Photonic Solutions. Many of his moves between companies was due to downsizing and the 2008 recession. In looking back, Ensher remarked: “I learned one of the most important lessons about working in industry and that is: through no fault of your own, you could be laid off.” This lesson Ensher carried with him when pursuing other positions. He believed it to be an important lesson for anyone working in industry. “It’s people in our background I think, that are not accustomed to that idea of failing, or being told ‘your services are not required here anymore.’ What I would say from that is: you can’t control when these bad things are going to happen to you, but you can definitely control how you respond to them.” Reminiscing, Ensher was grateful of the skills he learned at JILA that set him apart from other applications when trying to find his next job. He noticed that thanks to his training, he was able to find his next position rather quickly compared to colleagues or friends.

Ensher’s current work still calls on his training learned at JILA, as he is working on making tunable lasers into products. He’s focusing on many applications for these tunable lasers, including imaging Optical Coherence Tomography (OCT) for patients with eye ailments, but also applying this product into self-driving cars’ lidar technology. He is excited by the challenges his current job presents, and knows his work is making an impact in the world as a whole. In sharing life lessons and wanting to inspire current JILAns, Ensher says: “I would encourage people coming out of graduate school and JILA, in particular, to keep in mind that you are armed with an incredible experience and set of skills that not many people have the benefit of.” Ensher continues to use the skills he learned at JILA, and is extremely grateful for having the opportunity to work there.