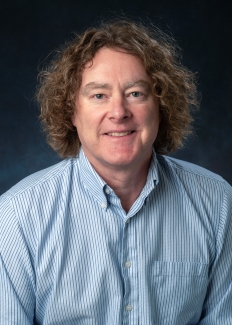 JILA has a new NIST Quantum Physics Division Chief, so join us in welcoming Andrew Wilson!

Wilson’s path has intertwined with JILA’s for years. Prior to coming to JILA on May 24, Wilson was down the road at NIST working on trapped-ion quantum information processing.  Before joining NIST 10 years ago, he was on the faculty of the Physics Department at the University of Otago in his home country of New Zealand. JILA is well-known at the University of Otago, with various connections over the years; Wilson was even a visiting Fellow at JILA during his time there. Wilson completed his postdoctoral work at Oxford University; coincidentally in the same research group that JILA Fellow Murray Holland was a doctoral student. His research has also covered a wide range, from neutral atom experiments to high-resolution laser spectroscopy.

Moving from neutral-atom to trapped-ion experiments was a big shift, but that range of experience will be helpful coming to JILA, Wilson says. Apart from his duties as NIST Quantum Physics Division Chief, he plans to continue some research with the NIST Ion Storage Group.

When he’s not in the lab, Wilson enjoys the beauty of the Colorado Rockies, camping and hiking with his family. He’s also a music lover, attending concerts and practicing the guitar.