Murray Holland was born and raised in Auckland, New Zealand. He wanted to be a scientist for as long as he can remember. Because his father was an electrical engineer, Holland was exposed to technical ideas from early childhood. He developed a special interest in physics when he was about 14 years old because of the influence of some excellent high school teachers.

Holland attended the University of Auckland, where he earned B. Sc. (1988) and M. Sc. (1990) degrees in physics and mathematics. At Auckland, he worked with Dan Walls, a noted quantum optics theorist and wrote a Master’s thesis on quantum nondemolition measurements and Bell’s inequalities. As a result of this work (and because he was a native New Zealander), he received a Rutherford scholarship from the Royal Society of New Zealand. This prestigious fellowship was named after Lord Rutherford, the New Zealand born physicist and Nobel Laureate, who was awarded a scholarship in 1894 that enabled him to travel to England and attend Cambridge. Rutherford is best known for his early scattering experiments that showed that atoms consist of electrons orbiting an incredibly dense nucleus and a later experiment to split the atom, which launched the nuclear age. The Rutherford scholarship funded Holland’s graduate studies at the University of Oxford.

At Oxford, Holland worked with theorist Keith Burnett, who had previously been a JILA Fellow. There he studied open quantum systems and applications of Heisenberg-limited interferometry, earning a D. Phil in 1994. Armed with a Lindemann Fellowship from the English Speaking Union, Holland arrived at JILA in 1994 to work with Fellow Peter Zoller, now at the Institut für Theoretische Physik at Universität Innsbruck. In 1996, Holland was hired as an assistant professor of physics at the University of Colorado (CU). He became a Fellow of JILA in 1999 and an associate professor of physics in 2003.

Today, Holland’s research includes (1) the physics of ultracold atoms, where he specializes in atoms in optical lattices and strongly interacting quantum gases, and (2) quantum optics. In quantum optics, he focuses on the behavior of atoms in high-quality optical cavities. A recent creative project (with senior research associate Dominic Meiser) was the development of a concept for an innovative quantum device that can produce long-lasting phase-coherent light, but works on an entirely different principle than a conventional laser.

Holland is married to atmospheric physicist Alison Grimsdell, of Colorado Research Associates. The couple has two children, a 9-year old son with whom Holland enjoys racing radio-controlled sailboats around Colorado’s mountain lakes and a 13-year-old daughter with whom he enjoys playing classical piano/violin duets. As a family, the Hollands enjoy chartering 50-foot sailboats and sailing in such destinations as New Zealand, British Columbia, and Baja California.

In addition to sailing and music, Holland loves to pilot gliders. His personal record is soaring to 32,000 feet above Boulder (with oxygen, of course, and permission from DIA’s air traffic controllers). His longest flight to date is 420 km. The flight began in Westcliff, Colorado. Holland travelled south down the Sangre De Christo mountains into New Mexico before turning back north, crossing South Park, and landing in Fairplay, Colorado, when he couldn’t gain enough height to make it over Kenosha Pass and glide back to the Boulder airport. In his spare time, Holland plays soccer with fellow JILAns for a local team. 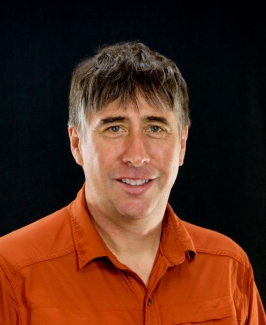