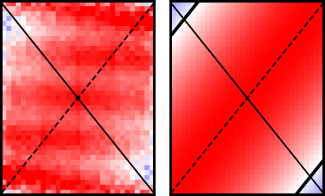 One of the scientific pursuits for which alkaline-earth atoms are most famous is optical atomic clocks. In atoms like Strontium and Ytterbium, there exists a long-lived optical transition known as the “clock transition”. Viewed as an oscillator, this transition has an intrinsic quality factor of 1017— that is, it can ring quadrillions of times before the oscillations die out. This means this oscillator can serve as an exceptional time-keeper, and, indeed, in the past decade, such optical atomic clocks have allowed some of the most precise measurements ever made by humans.

Since late 2018, we began exploring how optical tweezer control can be leveraged to create a new kind of clock, a ``tweezer clock”, combining scalability,  rapid cycle times, long coherence time, and flexible, and high fidelity, readout [Norcia2018, Young2020]. So far, we have shown that these capabilities can be combined to create a stable clock with single-particle coherence time at the half-minute scale, demonstrations which were enhanced with the use of single-atom-resolved observables. A central facet of this research is to use the single-particle control afforded by tweezers to engineer entanglement in the tweezer clock. This will allow in depth, versatile studies of how to optimally incorporate entanglement into a clock, which sits at the heart of the quantum metrology program.