Alec joined the Kaufman group after completing his PhD at UCSB in the lab of Ania Jayich. In Ania's lab, he worked on the development of a scanning nitrogen-vacancy center magnetometry tool for the high resolution imaging of condensed matter systems. He used this tool to study the structure of magnetic skyrmion systems and to image the crossover between novel transport regimes in graphene.

In our lab, we investigate how to apply the tools of atomic, molecular, and optical physics to  the microscopic study of quantum systems.

Unlike their bosonic counterpart, fermionic isotopes of alkaline-earth atoms benefit from having nuclear spin. This spin has been proposed for new many-body models, such as SU(N) physics, as well as the basis for new qubit architectures. In a new experiment, we seek to gain single-qubit-resolved control of arrays of Ytterbium-171 atoms, where quantum information is stored in the spin-1/2 nuclear spin of this isotope. We seek to engineer the resulting system to fully exploit the high two-qubit gate speeds possible with large Rydberg Rabi frequencies from the excited clock state.

Another appealing aspect of alkaline-earth atoms is the presence of a second relatively narrow transition — though not as narrow as the clock transition — that can be used for ground-state laser cooling. This is especially powerful when combined with the possibility of rearranging optical tweezers to prepare arbitrary atomic distributions with very low entropy in the atomic spatial distribution. So far, large-scale demonstrations of atomic rearrangement have been used for spin models, with atoms that might be relatively hot in their motional degrees of freedom.

One of the scientific pursuits for which alkaline-earth atoms are most famous is optical atomic clocks. In atoms like Strontium and Ytterbium, there exists a long-lived optical transition known as the “clock transition”. Viewed as an oscillator, this transition has an intrinsic quality factor of in excess of 1017— that is, it can ring quadrillions of times before the oscillations die out.

Our new paper on scalable, coherent tweezer clocks is published in Nature! 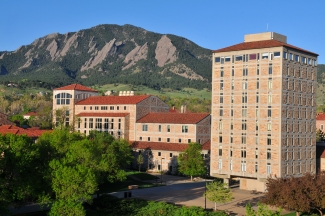 Our new paper on scalable tweezer clocks is posted!